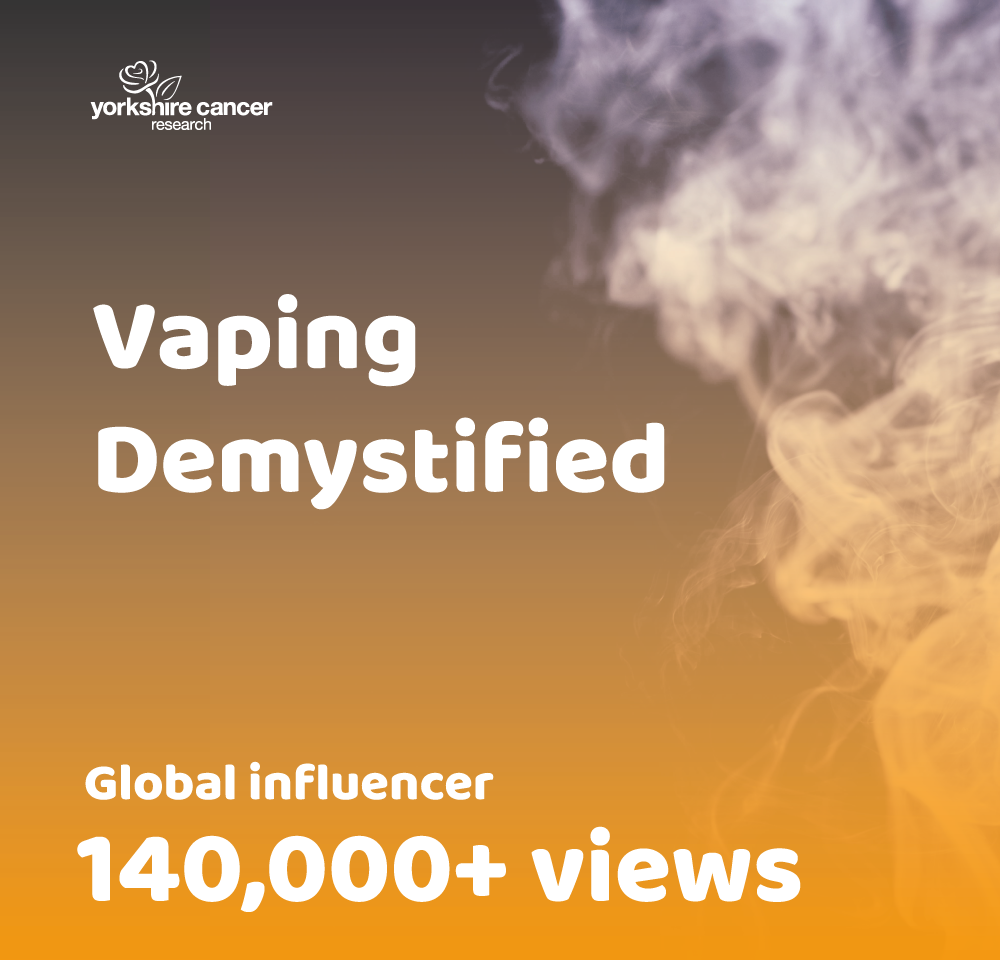 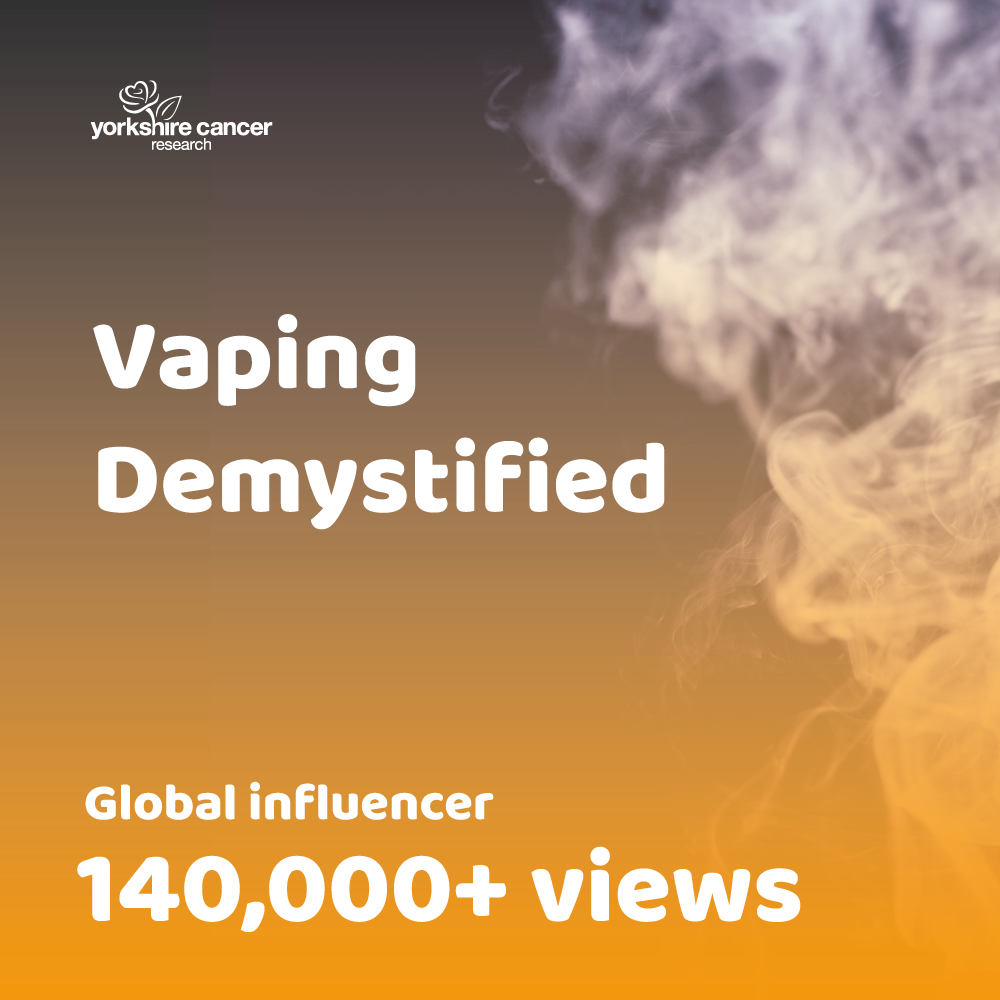 A film eskimosoup produced for Yorkshire Cancer Research that explores whether misconceptions about vaping as a tool to quit smoking are harming our chances of reducing preventable forms of cancer has been viewed over 140,000 times and is being used to lobby policymakers in several countries.

Produced by Hull based companies eskimosoup and Storyboard Media, “Vaping Demystified” features research and interviews with health experts to explore the truth about vaping and its opportunities within public health as an effective way of helping smokers quit for good.

Following its launch on National No Smoking Day in March, the 30-minute documentary has been featured by media in France, Italy, Bangladesh, Argentina, and the United States.

The film has received hundreds of likes, comments and even video reviews on YouTube, whilst Twitter users have been tagging in and urging policymakers to watch the film and consider following a harm reduction strategy such as that set by Public Health England in a range of international states.

The film demonstrates that vaping and smoking have different effects on health. Tobacco smoking is responsible for 15 different types of cancer and is the leading cause of early death in Yorkshire. It causes 7 in 10 lung cancers, 4 in 10 bladder cancers and 1 in 5 liver cancers. Yorkshire has the highest smoking rate in England.

Vaping products, including electronic cigarettes, are devices that have the unique ability to give smokers the nicotine hit they crave by inhaling vapour, without the harmful effects of burned tobacco.

Vaping Demystified was conceived by eskimosoup in response to a challenge from Yorkshire Cancer Research. The charity commissioned the film as part of their commitment to reducing the number of people in the region who smoke and go on to get cancer as a direct consequence, by providing clear and accurate information about vaping.

John Gilbert, Managing Director of eskimosoup, said: “Initially we thought that we were making a controversial film, though by looking at the evidence, it becomes clear that there is very little controversy at all. The truth is that vaping is far less harmful than smoking, and has proven to be an effective stepping stone for thousands of smokers to quit nicotine all together.

“Full credit to Yorkshire Cancer Research. They not only funded the production, but are incredibly knowledgeable on the subject area and made sure that editorially everything presented was credible to the point of the very latest in scientific knowledge.”

“Along with our good friends Harriet Jones and Storyboard Media it’s been a superb production that we hope continues to have an effect on helping the charity achieve its goals by improving and saving lives in Yorkshire, and perhaps far beyond that too.”

Further information about vaping and access to the film is available at www.vapingdemystified.org.uk and is embedded below.
More information about Yorkshire Cancer Research at www.yorkshirecancerresearch.org.uk 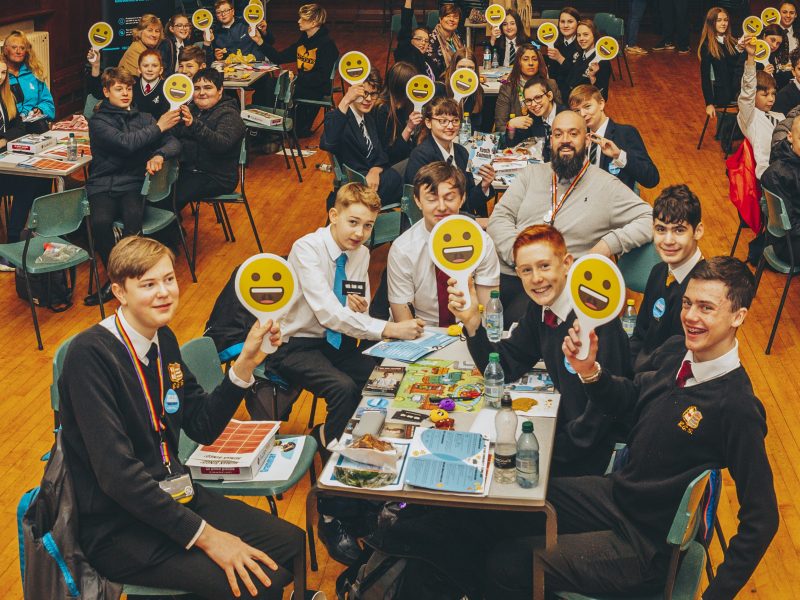 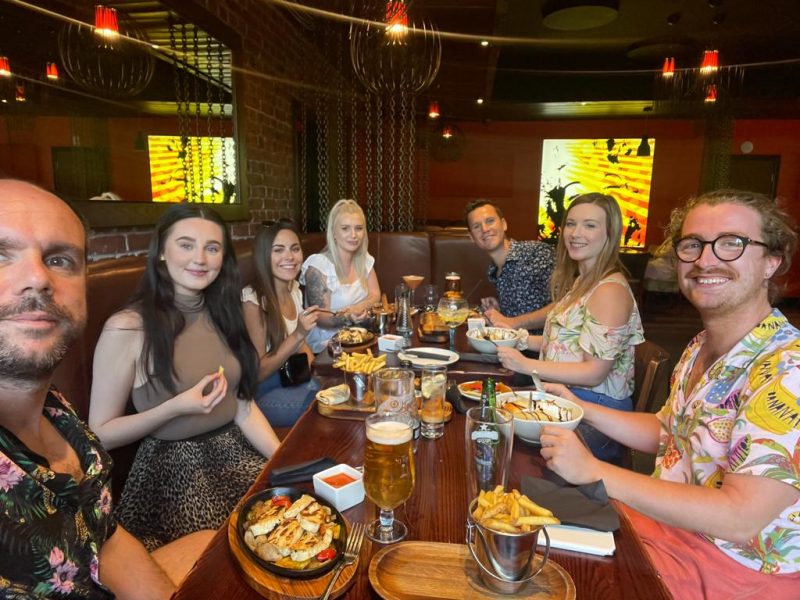